The hit-maker: meet the tech investor with a 20 year track record

This week we are featuring a blog by Soldo.com from their new interview series: What VCs Want?

Prepaid business card provider, Soldo, spoke to one of our Managing Partners and one of the UK’s earliest internet entrepreneurs, Simon Murdoch, who founded an online bookstore before selling it to an upstart called ‘Amazon’ in 1998.

Since serving as VP Europe for Amazon, he has been a long-standing Angel investor and VC with an enviable list of hits including Zoopla, Shazam and Shutl.

As an investor, what are you looking for, and how do you make sure you get it?

We’re early stage investors. So we like to invest at the seed stage where companies have usually had some Angel funding already, and they’ve usually built a prototype – the MVP or Minimum Viable Product.  We also like to see some kind of commercial validation: that might not be paying customers, so quite often the revenues are zero; but we want to talk to either clients or potential clients to understand the benefits, the competition and how much they would be prepared to pay.

One of the key things as a VC is that our most limited resource is not actually money, it’s our time. We invest each fund in around 25 companies – typically about 8 per year – so we need to find the companies that, even though their revenues are tiny, we think they can become very big.

We are therefore looking for validated propositions, large potential markets and amazing people.

Do you have a validation process for that?

It’s really hard! The classic mistake that entrepreneurs make in their pitch decks is to take a top-down view of their market: ‘the market for our proposition is £5bn’. That’s not terribly useful. It’s much smarter to work bottom-up and ask: if this solution was to work, how many different customers would there be for it and what would they be willing to pay based on the benefits they are going to get?

Our rule of thumb is to look for businesses which, with that sort of bottom-up analysis, give us a gut feel that the market is at least £500M, and the company could realistically turn over £100 million per annum in the long run.

“The classic mistake that entrepreneurs make in their pitch decks is to take a top-down view of their market: ‘the market for our proposition is £5bn’. It’s much smarter to work bottom-up and ask: if this solution was to work, how many different customers would there be for it and what would they be willing to pay based on the benefits they are going to get?”

How do you evaluate the potential of a business that’s creating a new category?

Exactly! That’s the skill of being a VC!  You’re trying to unpick the benefits of the solution, who the customers are, and what benefits they will achieve.  That doesn’t always happen in the first meeting, but we’ve got to feel that that customer is going to make four or even ten times as much money as the solution costs them. That will then justify the price point, and we can then take a view on the reality of the market. Plenty of that is gut feel.

It’s also important that the management team are persuasive, in that they are credible about their own business. Have they thought through what the price is going to be?  Have they done their Customer Development: talking to potential customers even while they’re still developing the solution? Are there customers who are paying that price already, or at least ready and waiting to do so? We would never invest in something like Twitter or Facebook, where the revenues are uncertain and built on advertising: we’re looking for real enterprise service software businesses.

Have we got SaaS to thank for bringing us Customer Development?  The SaaS Customer Success function has created a culture of talking to customers at an ever earlier stage – that never used to happen.

Indeed it didn’t! The idea is that you talk to customers and understand their problems before ever building any solution. It’s incredibly powerful. There’s a great book that we give to entrepreneurs called “The Mom Test”. It’s all about the idea that if you go and ask your mum: “I’m thinking of doing this business – do you think it will be a good idea?”, she’s bound to say yes because she wants you to be happy. But instead you should ask customers questions that don’t ‘lead the witness’.  That’s how you get honest answers.

You mentioned earlier about establishing your market. A few years ago there was a ‘winner takes all’ mentality, where digital businesses would sacrifice everything to grow fast. Is that still the case?

There’s no right answer to this. In most markets, in the end, there will be a pre-eminent player, but you don’t necessarily have to be first. I ran Amazon when it launched in the UK, and even Jeff Bezos admits that he didn’t found the first internet bookshop. His view was that it wasn’t about being first, it was about being first to scale.  They had a phrase inside Amazon: ‘Get big, fast’.

Some companies, like Uber, have got lots of funding because they’ve shown that they’re getting traction. And that can be a self-fulfilling prophecy, where growth against competitors generates a positive feedback loop.

I would say, though, that as you’re going through that journey, you must demonstrate improving unit economics, to show that you really are going to be the profitable winner in the long run. That’s where a business like WeWork has fallen over: they haven’t shown unit economics improving enough over time.

They do! Oliver Samwer [Rocket Internet CEO] is a stickler for the details on unit economics.  He’s a detail junkie!

But for challengers and second-to-market arrivals it’s unbelievably important to see who else is in the market, and whether it is at the right stage for disruption.  If there are already ten well-funded players, it makes us nervous. And that does happen: think about the competitive space of ecommerce for mattresses. There are already lots of competing brands like Casper, Eve and Simba Sleep. Plus, in mattresses there are no real barriers to entry apart from who’s got the most marketing money and who can get the unit economics to work.  That makes us nervous: with a relatively small fund of £60 million, we can’t power those marketing businesses that consume masses of cash.

So, we look for a market that feels like the solution is potentially big enough, but isn’t already too competitive.

That’s the starting point. What can the companies you invest in do to operate effectively and extend their runway?

There are lots of things that can go wrong. Again, we invest at the seed stage: our businesses have got an MVP but not commercial traction – yet.

We want them to get to their next funding round, which is justified at a turnover of around £1M per year and a sense that sales are scalable such that if you just added money, the business could hire more salespeople, do more marketing and automatically get bigger. That’s the perfect indicator.

In our experience, when a company is only starting out on its sales journey, it may have to iterate several times to achieve Product/Market Fit.  The product might not be good enough; or sales execution might be the issue; there are many factors which can eat up time and money. We do lots of observation and diagnostics to help our companies work out what is obstructing their Product/Market Fit.

We are keen to be value-added VCs who provide coaching and assistance as well as just money.  The purpose of the board meetings each month is to help the founders to diagnose whether or not they’re achieving Product/Market Fit, and then to scale up when ready. That’s when it becomes easier to raise more money. So a lot of our work is that month-to-month analysis of what has been achieved, what they company has learned and what might be done differently.

Are you investing in any specific sectors at the moment?

We’ve got two main areas:  frontier tech (edge computing) and infrastructure. We’ve worked with many businesses in AI; and we’ve also funded a number of B2B2B or B2B2C marketplaces.  As a VC firm, many of the deals come to us. We also use data services to understand in which companies Angels have invested, and run events with the Angel community, because that’s our pipeline. There’s so much innovation here – it’s unbelievable. We keep uncovering businesses we never knew could exist…

Can we talk a bit of history, because you’ve been around longer than most…

Look, you’re going to have some wipe-outs! As an Angel investor, investing just my own money and helping the company that I invested in, I was involved in Shazam, Natural Motion, Zoopla, all of which did very well. Then we started Episode One in 2012, so I’ve got a lot of experience as an angel and as a VC.

It was OK–I got in very early! But to be fair to the management, they did the right thing because of course, Netflix, Amazon and all of the big streaming companies were coming. Netflix started with exactly the same model of sending DVDs in the post; LoveFilm just wasn’t going to raise enough money to compete with those players.

“Most of the people we invest in are super smart; our role is to help them on the journey to becoming well-rounded business people”

What’s the offer for a value-added VC?

Obviously the most important first piece is serving on the board and acting as mentors to the management team.  This is why most of our partners have been entrepreneurs themselves.

But whilst a VC is often asked to act as chairman – they are there to represent the interests of their investors so we don’t do that. It’s too tempting to “go native” within a company, so we prefer to spread each Partner as non-executive director across six or seven businesses.

The second piece is that we’re building a practice where we don’t just provide that advisory function; we also help on talent and sales.  On the talent side, we have consultants and coaches to help our management teams with hiring, culture, values, leadership skills and so on. And in sales, we offer specialists in lead generation, understanding the go-to-market strategy and then sales execution.

Especially at the early stage, entrepreneurs are not going to have all the skills they need, and they can’t buy them in.

And that never stops. I’m in my 50s now, but what I find amazing about this job – a way of life, really – is that I’m always learning. If I live for 100 years, I still won’t have learned how to be the perfect VC, which makes it extraordinarily interesting.  Every deal, every company you work with, every situation you’re involved in, is a learning experience which just makes it fresh all the time.

This article first appeared on Soldo, a solution providing multi-user business expense cards that empowers employees by automating their expenses. You can read more interviews from Soldo’s What VCs Want series here. 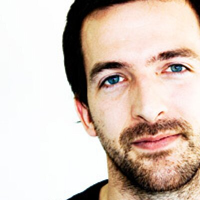